An Overview of Grandparents’ Rights in Pennsylvania 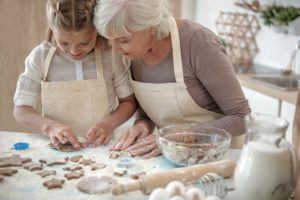 Parents who are separated or divorced have certain rights regarding the ability to visit and raise their children, and those rights are protected by the U.S. Constitution. What about grandparents? Do they also have certain rights in this regard when it comes to seeing their beloved grandchildren?

The fact is that there is no federal law that protects grandparents’ rights. Instead, it’s up to each state to set its own laws regarding grandparent visitation.

Pennsylvania has the Grandparent Visitation Act, which allows grandparents to seek visitation if the child’s parents get divorced or separate. Grandparents may also file claims for partial custody in the following situations:

Even if any of the above factors are present in a case, it is still the responsibility of the grandparent to prove that visitation or partial custody is in the best interest of the child and that it will not interfere or cause any damage to the child’s relationships with the parents.

However, a grandparent may not seek visitation if the child’s parents either divorced or separated but later reconciled. The court will also not award grandparent visitation if it would severely harm the children’s relationship with their parents.

Parents who are either married or reconciled have the legal right to prevent grandparents from visiting their grandchildren, and grandparents typically do not have any legal recourse to overpower that parental decision.

To learn more about grandparents’ rights to visitation or custody in Pennsylvania, speak with an experienced Bucks County divorce lawyer at The Law Offices of Jennifer Courtney & Associates, P.C.