Are Lawsuit Proceeds Considered Marital Property in a Pennsylvania Divorce? 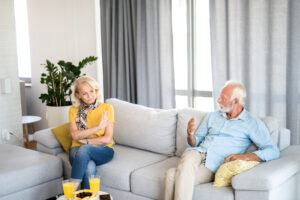 Property division can be one of the most contentious aspects in a divorce, with controversy often centering on the identity of assets as marital or separate in ownership. One type of asset that can be disputed is an award or settlement received by either spouse in a personal injury lawsuit. Whether or not lawsuit proceeds are subject to equitable distribution depends largely on when the accident or other injury-causing event occurred.

Under Pennsylvania divorce law, property acquired by either spouse during a marriage is presumed to be marital property and so must be divided fairly upon divorce. However, there are exceptions to this general rule. One exception is made for lawsuit proceeds from any claims or causes of action that accrued before the marriage or after the final separation date. These proceeds are the separate property of the spouse who was the plaintiff in the lawsuit.

Unlike for other types of property, the determinative date for purposes of equitable distribution is not when the lawsuit is concluded or the proceeds are received but instead when the accident or other event that gave rise to the lawsuit occurred.

For example, suppose a spouse was in a car accident before the marriage that resulted in a personal injury lawsuit. In that situation, the cause of action would be considered to have “accrued” before the marriage began, even if the injured spouse acquired the lawsuit proceeds after the couple married. On the other hand, if the car accident occurred during the marriage, any proceeds from the lawsuit would be considered marital property, even if the payout was received after the couple separated.

The result will be the same even if both spouses are plaintiffs in the lawsuit. Each spouse’s compensation is based on the extent of their individual injuries. But in equitable distribution, the divorce court will look at the entire lawsuit proceeds and divide them fairly, considering a host of other factors relating to each spouse’s contributions to the marriage.

Even if the lawsuit proceeds are identified as separate property, they may become marital if they are pooled into joint accounts or put to joint use. This is known as commingling of assets. Although the court can trace the source of the funds, their common use may require that they be included in equitable distribution.

If you’re going through a Pennsylvania divorce that involves lawsuit proceeds or other complex property division issues, it’s essential that you have an experienced divorce attorney on your side to ensure that you receive your fair share of the marital assets. At The Law Offices of Jennifer Courtney & Associates, P.C. in Yardley, we provide each of our clients with thoughtful guidance, comprehensive advice and quality representation. Call our office today at 215.493.3360 or contact us online to schedule a consultation.