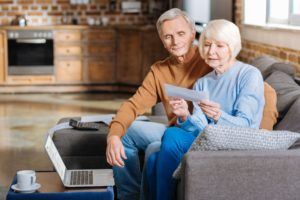 But how does the state divide retirement benefits that do meet the qualifications to be classified as marital assets? Below is an overview of the factors a Pennsylvania court will consider when dividing these benefits.

Examples of defined contribution plans include individual retirement accounts, 401(k) plans and profit-sharing plans. These plans are often funded by both the employee and employer. They can be cashed out before retirement, although doing so will likely trigger extra taxes or other penalties.

If the plan was created before the marriage, it will likely be considered comingled, which means it has both separate and marital elements. If it was formed during the marriage, the entire plan will be considered part of the marital estate, except for any contributions made after the couple separated.

The only time the plan will be considered entirely separate property is if it was created after the date of the separation.

The value of the plan

Pension plans can be difficult to place a present-day value on, as they are paid out in the future. The services of an actuary or pension evaluator may be necessary to determine their value.

For more information about the factors that go into dividing retirement benefits in a divorce, contact a knowledgeable Bucks County family law attorney at The Law Offices of Jennifer Courtney & Associates, P.C.