Can a Court Impute Income to a Spouse or Parent Who Is Unemployed or Underemployed? 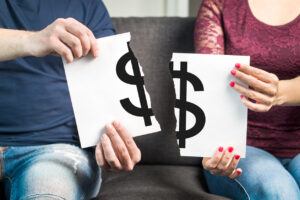 Child support and alimony obligations can be among the most acrimonious issues in divorce. Often, the party required to pay support doesn’t want to overpay, while the party receiving it doesn’t want to be, in his or her view, shortchanged. When animosity leads to behaviors such as quitting a job or taking a low-paying job to minimize support obligations, courts may need to intervene. A judge can look at the party’s earning capacity and determine support based on how much the party should be earning rather than what he or she is actually making. This is known as imputing income.

Under Pennsylvania law, child support and spousal support are awarded based on the parties’ net monthly income. While that includes income from Social Security, investments, and several other sources, wages are the primary source of income for most people.

While courts understand that people’s wages may fluctuate as time passes, the default rule is that support will not be adjusted for “normal fluctuations in earnings.” However, child support and spousal support may be modified if there is a “substantial continuing decrease” in income due to circumstances like layoffs, job elimination, serious illness or other events over which the paying party (the obligor) has no control.

Things aren’t so simple if a party voluntarily reduces his or her income. The basic rule is that support obligations do not change if either party voluntarily takes a lower-paying job, quits a job or takes part-time work to pursue education. But courts will find the following scenarios unfair:

In these situations, the aggrieved party can bring the issue to court. There the judge may determine that the other party has willfully failed to obtain employment (or maintain appropriate employment). If that decision is made, then the judge can impute income to the party in an amount equal to his or her earning capacity.

To determine how much income to impute, the court will analyze the parties’ ages, education, training, health, work history and childcare responsibilities. For example, a stay-at-home parent who hasn’t worked in 20 years may have relatively few job skills and less work experience, so a judge may decide to impute the equivalent of minimum wage. On the other hand, a spouse with decades of experience and an advanced degree probably has a high earning capacity, so a judge could impute a great deal of income to him or her if they quit their job to take something low-paying.

The Law Offices of Jennifer Courtney, P.C., has extensive experience handling imputed income in child support and alimony cases. To discuss your situation with our lawyers in an initial consultation, call our Yardley office at 215.493.3360 or contact us online.