Does an Inheritance Received During Marriage Get Divided During Divorce? 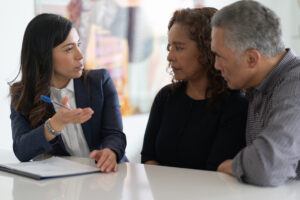 How much you get to keep following a divorce depends on how the marital assets and debts are divided and what is property is considered separate. If you received an inheritance during the marriage, it’s often considered separate property, but under some circumstances your ex may assert the right to a portion of it, under Pennsylvania law.

Pennsylvania is an equitable distribution state. That means if a couple getting divorced cannot reach a property settlement themselves, a judge will divide the marital estate in a fair and just way. It’s important to realize, however, that “equitable” is not the same as “equal.” Judges look at a variety of factors, such as each party’s earning capacity and employment situation, to determine who gets what property. An outcome can still be equitable even if one spouse receives a significantly larger portion of the assets.

The law usually allows each spouse to keep his or her separate, nonmarital property after the couple divorces. Separate property typically includes:

For inheritances, the key is whether the assets inherited by one spouse during the marriage are still classified as separate property at the time of divorce.

Money you inherit can be converted into marital property in several ways. One is commingling the inheritance with marital funds, such as by depositing it into a joint bank account where it can be used for expenses shared by a couple. Another way is transmutation, which might occur when one spouse uses all or part of an inheritance to make a down payment on a house or other asset purchased by the couple. An inheritance, which began as separate property, becomes marital property when used for a down payment.

What if the inheritance is in the form of real estate or other nonmonetary assets? This can become complicated, but typically any increase in value occurring during the marriage is considered marital property. For example, if you inherited your mother’s house while married, the value of the house at the time of inheritance could remain separate, while the value of any increase since that time could be subject to equitable division.

At The Law Offices of Jennifer Courtney, P.C., in Yardley, our divorce attorneys are adept at representing clients in property division matters involving inheritances and other assets. We have decades of experience resolving issues in even the most complex divorces. To discuss your situation with one of our Pennsylvania lawyers, please call 215.493.3360 or contact us online to arrange an initial consultation.