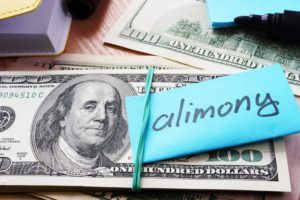 The tax reform bill, which Republicans in Congress passed and President Donald Trump signed into law in December, will make matters slightly more difficult for some divorced people.

Under the new law, individuals who pay alimony can no longer deduct those payments on their tax returns, and those who receive alimony payments will not have to pay taxes on that income. Previously, alimony payments were tax-free for the payer, while recipients had to pay income taxes on them.

The repeal of the alimony deduction affects all divorces finalized after December 31, 2018. Those who are already paying alimony will be “grandfathered in” with the existing rules.

According to the Internal Revenue Service, approximately 600,000 Americans claimed the alimony deduction on their tax returns in 2015, the most recent year for which complete data is available.

Critics of the decision and some divorce attorneys say eliminating the alimony deduction could make settlements more difficult, as more divorces are likely to end up in court, dragging out the process and costing couples more money. The alimony deduction had been used as a way to make the settlement “go down easier” because it resulted in more money being split between spouses.

Proponents of the changes to alimony deduction say the previous rules were unfair to married couples, who did not have access to the extra deduction simply because they were not divorced.

For more information about how you can expect the new tax law to affect alimony in your pending divorce, consult an experienced Pennsylvania alimony attorney with The Law Offices of Jennifer Courtney & Associates, P.C.