What Happens if Parents with Joint Custody Live in Different School Districts? 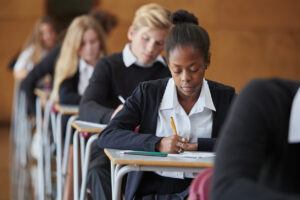 Pennsylvania family courts follow the public policy that it is in children’s best interests to have both parents involved in their upbringing. As a result, joint physical custody arrangements are very common. While cooperation is the ideal, there may be complications. For example, what happens when the parents live in different school districts and can’t agree on where the child should go to school?

Pennsylvania’s public schools statute says, “When the parents reside in different school districts due to separation, divorce or other reason … [and] the parents have joint custody and time is evenly divided, the parents may choose which of the two school districts the child will enroll for the school year.” That doesn’t offer much help in situations where the parents can’t agree on a district. As a result, it is not uncommon for these disputes to require custody mediation or court involvement.

With the help of a qualified, experienced mediator, parents can often find ways to resolve the issue out of court. If a judge’s involvement becomes necessary, several variables will be evaluated, the first of which is usually the quality of each school district.

Typically, if one school district ranks significantly higher than the other, the court will decide that the child should attend school in that district. But if the districts are relatively similar in quality, then other questions may have to be answered, such as:

Because it is so difficult to make a decision when two school districts are fairly equal in ranking, these cases often transform into battles for primary custody. If one parent wins primary custody, then the child will attend school in that parent’s district.

Courtroom custody battles are rarely in the best interests of the children or the parents. If you and your ex are having serious trouble deciding on a school district, you can potentially save yourself significant money and avoid undue stress by working things out with the help of an experienced child custody mediator.

At The Law Offices of Jennifer Courtney, P.C. in Yardley, we can help you find answers to child custody questions and disputes. Our lawyers and mediators represent parents in custody cases throughout Bucks County and across Pennsylvania. For a consultation, please call our office at 215.493.3360 or contact us online.